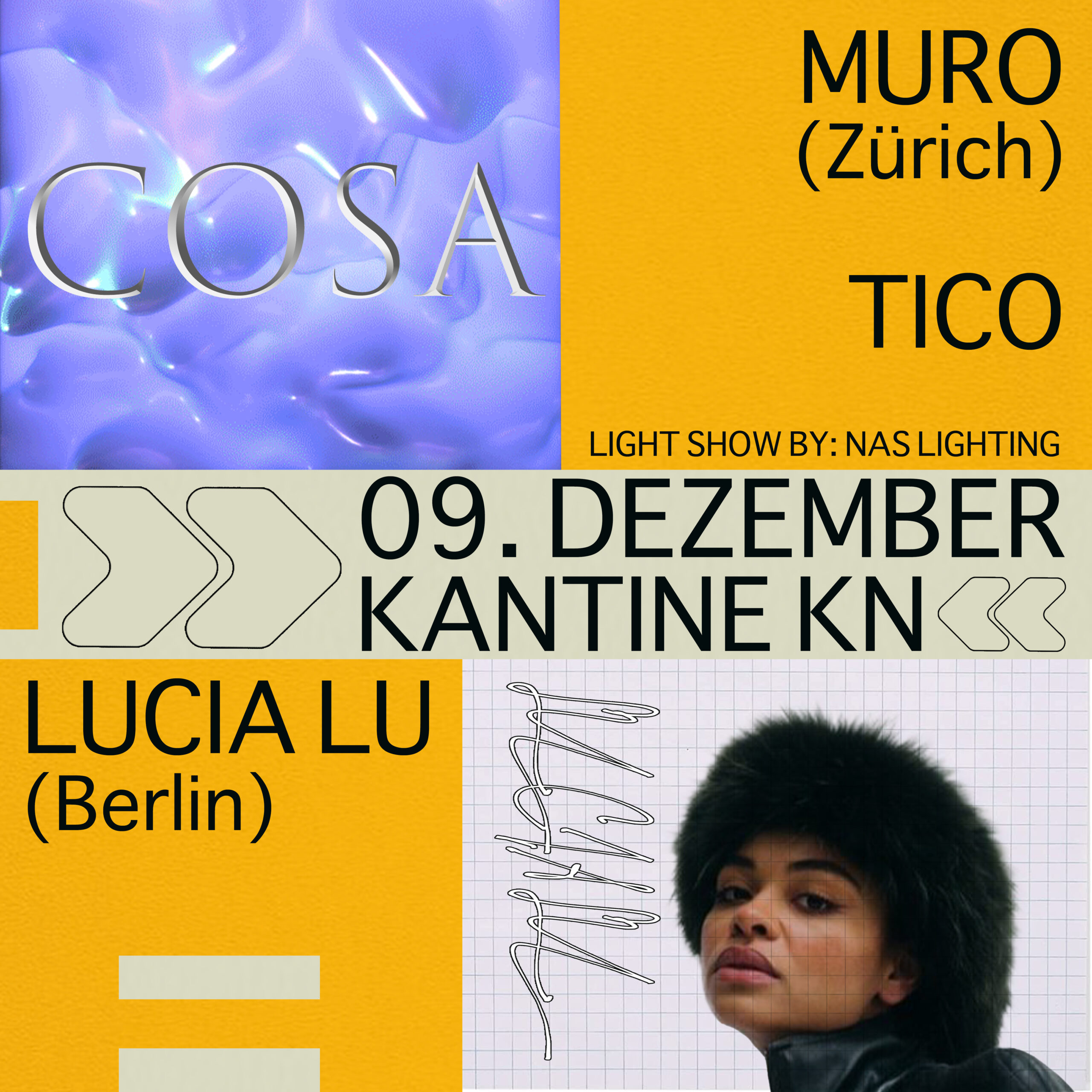 LUCIA LU
In a city of DJ transplants, the born and bred (East) Berliner Lucia Luciano is a standout in more ways than one. The DJ, community organiser, podcaster, model and co-founder of the popular Hoe_mies collective has become an unmistakable figure in a notoriously homogenous scene. Both in her former work with Hoe_mies, whose mission is to create safe spaces for marginalised people in a scene dominated by cis, white males, and in her distinctive sound as a DJ, Lucia Lu challenges the narrow conception and antiquated stereotypes of what “Berlin techno” looks like and sounds like, and most importantly, who it is for.

Lucia Lu’s warm, upbeat and soulful sets, which merge the cathartic danceability of house and techno with sassy pop, hip-hop and disco anthems from yesteryear, are powerful protests against the austere, self-serious atmosphere that dominates the electronic music sphere. Luciano’s sound, and the joyful and diverse crowds that it attracts, are loving tributes to the original spirit of electronic dance music: a genre pioneered by queer people of color, who engineered a euphoric sound that allowed them to be and express themselves unapologetically, and to celebrate the beauty in one another, in total freedom.

MURO
As one of the label heads of Distressed Public and the infamous EISBÆR Crew, Muro belongs to the active players shaping Zurich’s nightlife. He likes to mix UK club music with breaks and footwork but also progressive house and trance find their way into his sets. He’s able to create a calm and laidback vibe while still always keeping the dance floor busy, somewhere in a sweet spot between being focused to a point whilst still being relaxed.

TICO
is the founder and resident DJ of Cosa. Since 2018, he has left a lasting mark on the Constance club scene. His genre-fluid sets will rock the Kantine once again.